CONOR MCGREGOR has revealed he’s a big fan of Donald Trump after branding the US President ‘phenomenal’.

The Irishman took to Twitter to publicly back Mr Trump, and even tweeted a goat emoji, frequently used as an acronym for to ‘greatest of all time’.

Trump was tweeting to celebrate the three-year anniversary of his presidential inauguration on Monday, adding how appropriate it was that it was Martin Luther King Jr. Day, given low African-American unemployment rates in the country.

“Most certainly one of them anyway, as he sits atop the shoulders of many amazing giants that came before him.

It was exactly three years ago today, January 20, 2017, that I was sworn into office. So appropriate that today is also MLK jr DAY. African-American Unemployment is the LOWEST in the history of our Country, by far. Also, best Poverty, Youth, and Employment numbers, ever. Great!

His post, expectedly, divided his supporters, with many asking McGregor to delete the tweet, and one user saying: “You just lost a lot of fans.”

Others responded more positively to the fighter’s post, with one user telling McGregor “Wow literally the first athlete/celebrity that had the guts to praise Trump! Thank you!”

It was McGregor’s first appearance in the Octagon for nearly 18 months and fan will now be salivating at the ever-more-likely prospect of a rematch between the Dubliner and Khabib Nurmagomedov. 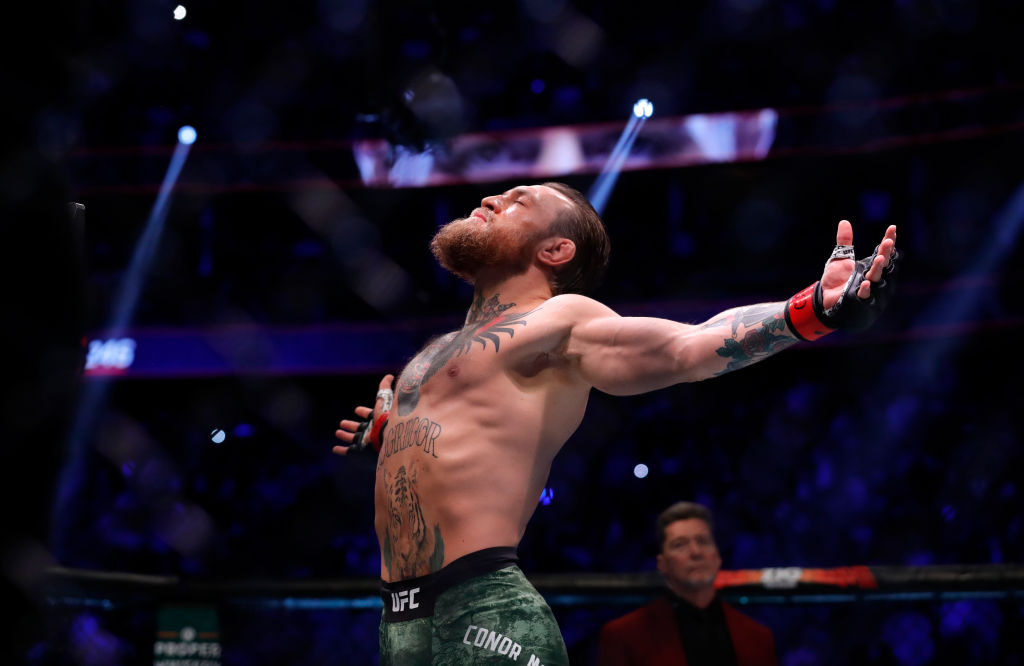 Trump meanwhile is currently facing trial in the Senate after he was impeached by the US House of Representatives last month.

The President won’t be present for the beginning of the hearing however, as he travels to Davos, Switzerland to speak at the World Economic Forum.