Dog rides bus by herself every day to play in local park – then takes bus home again – IF you’ve ever been too scared to let your kids take the public bus by themselves, you might change your mind when you see this.

She’s an adorable black Lab and Mastiff mix who travels to the park every day by herself. Because she don’t need no man … or woman for that matter. 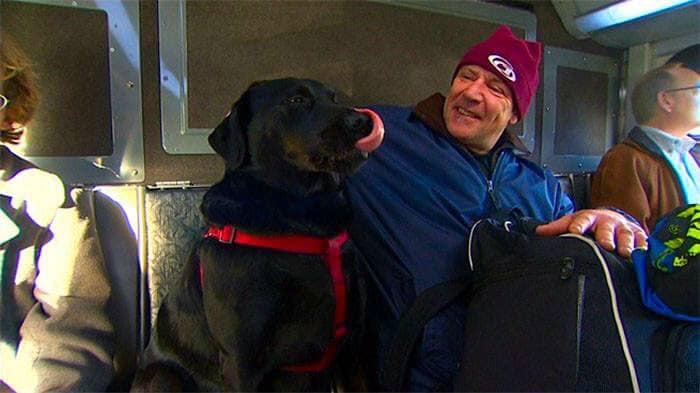 Passengers welcome the arrival of Eclipse every single day

Incredibly, she jumps on the bus near her home in Seattle, Washington and rides downtown, getting off at the park where she frolics with her fellow four-legged friends.

After a couple of hours, she returns to the bus stop, jumps back on – using a ticket attached to her collar – and returns home, ready for supper. 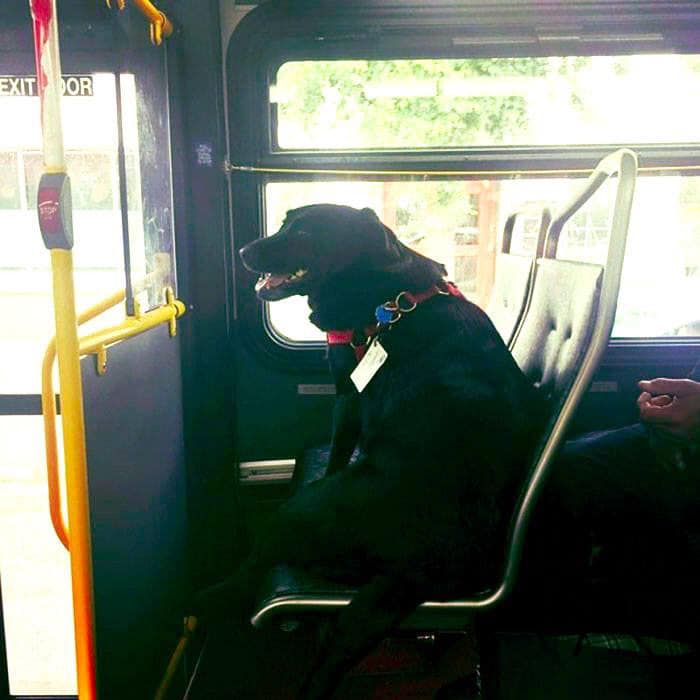 The remarkable story started one day when the excitement of the park was too much, and Eclipse got tired of waiting for her owner, Jeff, to finish a cigarette as the bus was pulling up.

She jumped on without him and before he could react, the bus set off.

Fortunately, the bus driver recognised her and – not wanting to disappoint the determined traveller – dropped her off at the park, before Jeff eventually caught up. 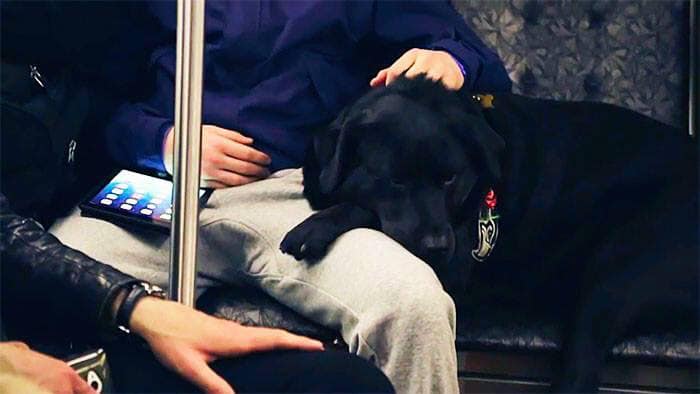 After a few more solo trips, Jeff realised that Eclipse was more than capable of making the trip without him, so he decided to let her – adorably fixing a bus ticket to her collar every morning, knowing full-well that she’d be back a few hours later.

Regular passengers on the bus have even gotten to know Eclipse, and – as expected – she makes everyone smile.

I think there’s a lesson we can all learn here: Be more dog.